The war memorial is rather unusual in that it records the names of those who served as well as those who gave their lives, it was constructed in 1921 of granite

Three photographs are available of this war memorial, which commemorates both world wars. The interesting inscriptions can be read easily. 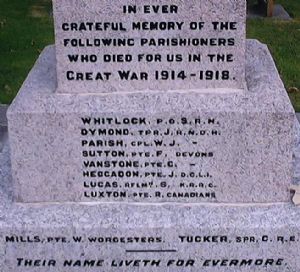 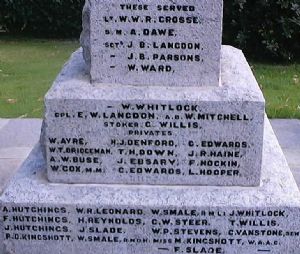 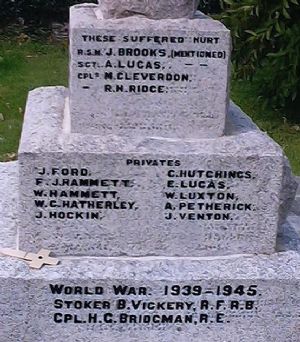 Transcript of the War Memorial Inscriptions